Be the first to know about upcoming gospel concerts! Join our free email list. 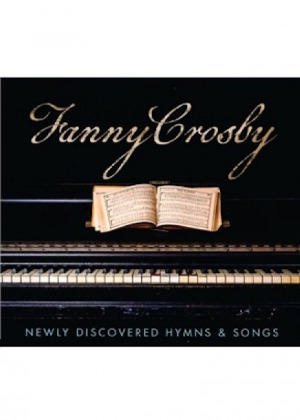 Fanny Crosby was an American mission worker, poet, lyricist, and composer. She was one of the most prolific hymnists in history, writing more than 8,000 hymns and gospel songs, despite being blind from shortly after birth. She is also known for her teaching and her rescue mission work. By the end of the 19th century, she was a household name.

"This is a project that comes along only once in a career," stated co-producer Wayne Haun. "To comb through these unfinished works that were started over 100 years ago is humbling. Each writer carefully composed additional verses, choruses and melodies that remained true to the Crosby style. She was truly one of America's greatest treasures."

2. "I Know the Sweet Voice of the Shepherd" – Legacy Five

4. "God of this Moment and God Evermore" – Charles Billingsley with Sisters

7. "Calmly Resting in the Lord" – The Erwins

9. "Not in My Strength" – The Booth Brothers

10. "I Know That Jesus Loves Me" – The Collingsworth Family

14. "His Love Will Shelter Me" – Tim Lovelace with the Easters